Have you ever tried to take an interesting picture of soup?

So, herself has had tummy surgery done a few weeks ago.  She is just now getting back  to food, and only chunkless soup at that.

That said, she wanted something 'better'.  She wanted my cooking.   That meant scratch soup.  In this case, cream of mushroom.

Challenge accepted!   Recipe.... not so much.

I began by hydrating dried onion in chicken stock for a few hours.  Into a deep fry pan with lid, a big double handful of mushrooms of various breeds, a few tablespoons of butter, and the onions... now equaling about 1/4 cup.  A few grinds of black pepper and a healthy pinch of salt.   On goes the lid, and heat set to medium for about 40 minutes.

In a sauce pot, a half stick of butter and a big sploosh of AP flour. Heat on medium high while whisking till it's rue.  Then, some pepper, salt, fresh nutmeg, and a 'box' of low sodium chicken stock.

After the mushrooms are cooked down, everything in the fry pan joins everything in the pot.  From there, to a blender  (Ninja, in my case.  Fine machine!).   Pulse a few times, and then set to high for about two minutes.  Half way through, add a half pint of heavy cream.

When blended, pour back into the pot and set on very low heat til ready to serve.

Hands down, the best cream of mushroom soup we have EVER had.  Serious mushroom flavor, smooth, clean, and wonderful umami.

Yeah.... doing this again, and more on top of that. 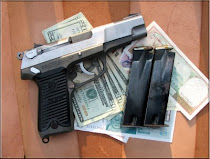