First for us in a while!  Time to get back at it. 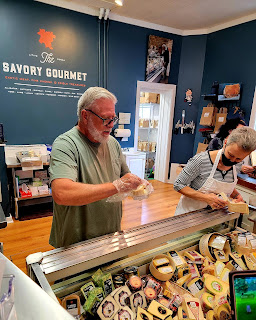 Wow! A whole cooler full of curdled milk..... Somebody forget the pork steaks?